This is one of three similar plaques which commemoriate Old Etonians who fell in the Zulu, Afghan and Boer wars. They are located within the screen of Eton College Chapel and the plan for these plaques was mentioned within an article on the screen in the Eton College Chronicle:

'The memorial to the Eton Officers who fell in the Afghan
and South African campaigns is destined to assume the form of
a stone screen, of which the upper surface will be broad enough
to receive the new organ, which will be placed there by the
College. The foundations of the Screen were laid during the
summer holidays, and the work solidly executed in masonry
and concrete up to the level of the floor of the ante-chapel.
The screen itself will be in Caen stone, from a design by
Mr. G. E. Street, R. A., the eminent architect. ...
On either side, on the inner wall of the screen, facing the
larger of the two side openings, will be affixed a large brass,
commemorating the names of the officers and the battles in
which those who were killed in action fell.' 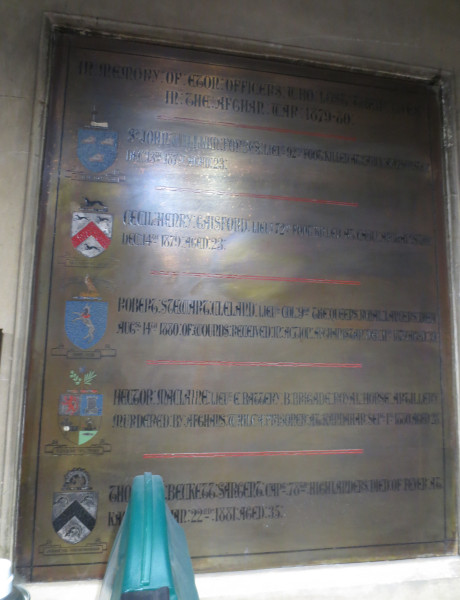 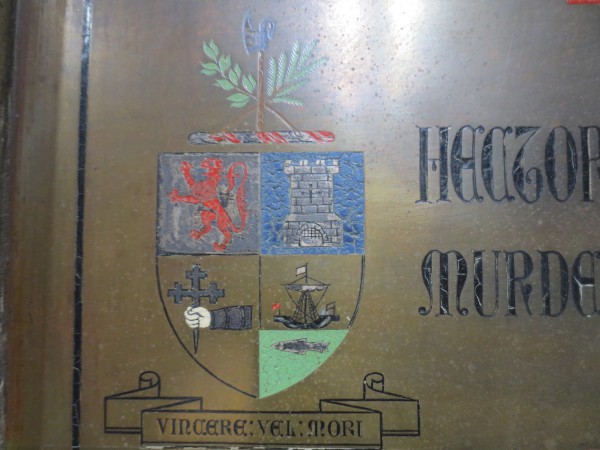 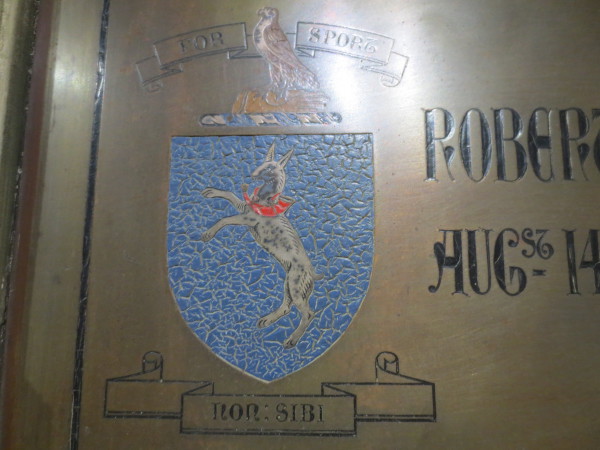 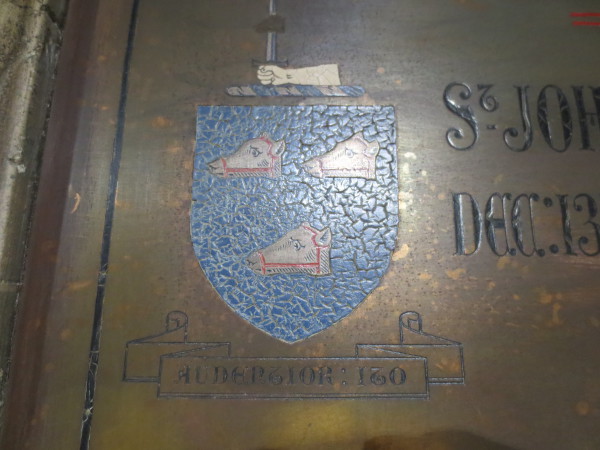 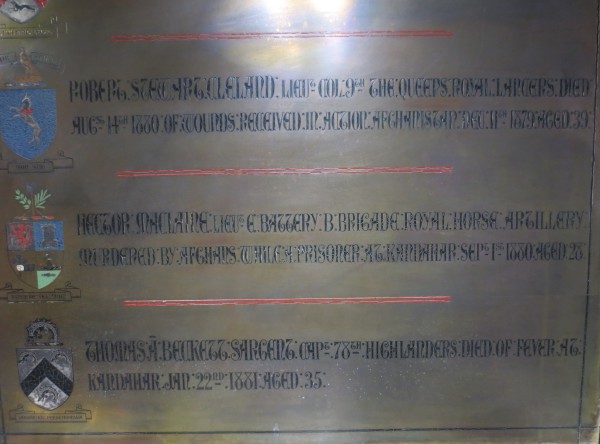 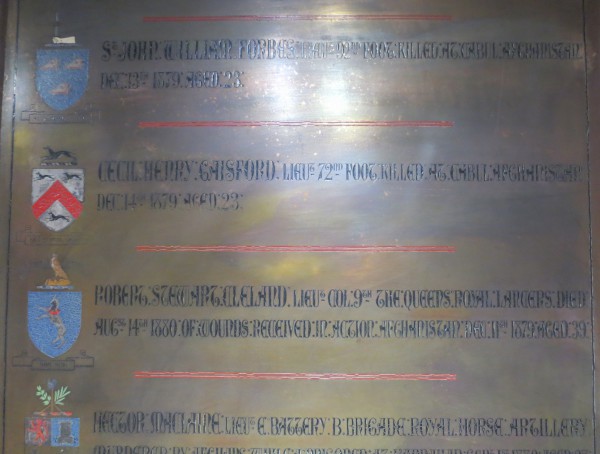 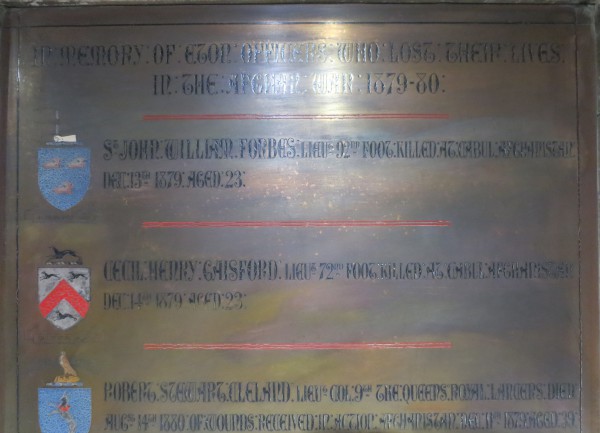 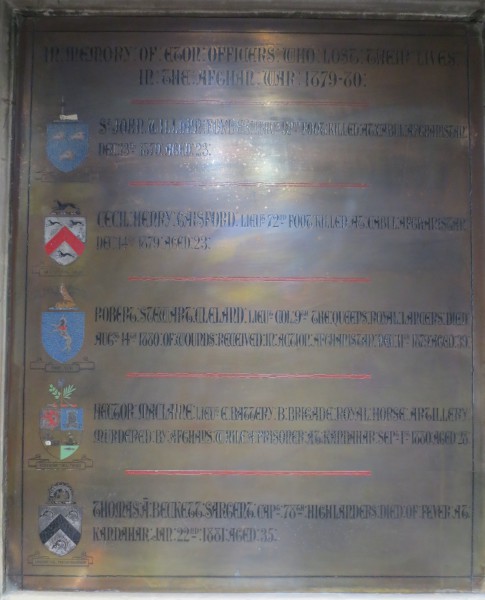 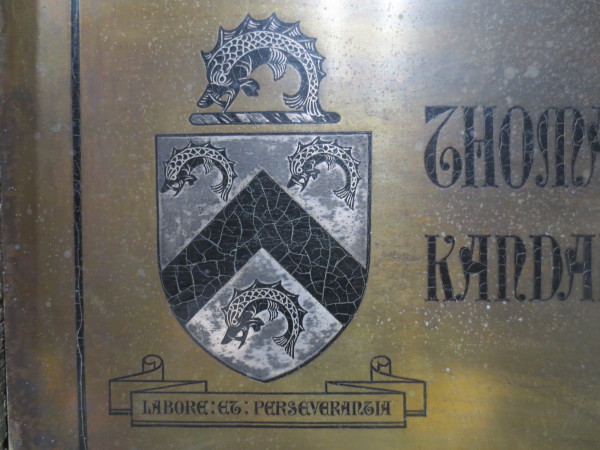 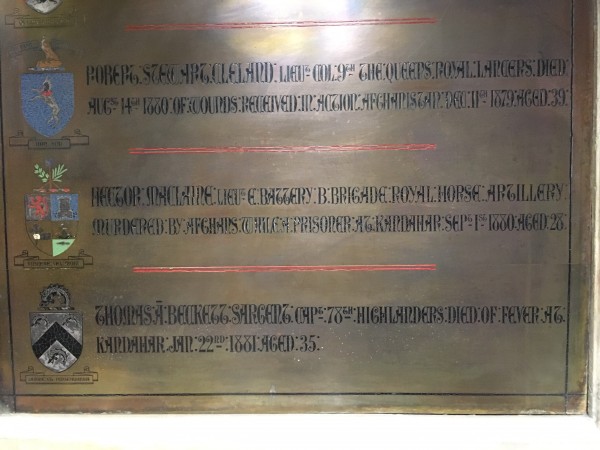 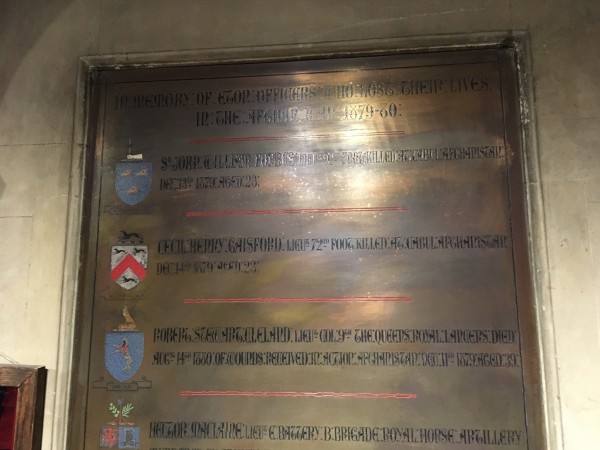