'A Memorial brass is being erected to-day on the
south side of the organ loft in Ante-Chapei to the memory
of Robert Neale Menteth Bailey, K.S. of Eton, and of
his life-long friend, William George Gresham Leveson-
Gower, also King's Scholar of Eton, and Captain of the
School 1902. The former, who was in the East Riding
of Yorkshire Yeomanry, died of wounds received in
Palestine on the 1st December, 1917, and the latter, who
was in the Coldstream Guards, was- killed in action at
Awoingt, near Cambrai, on the 9th October, 1918.' 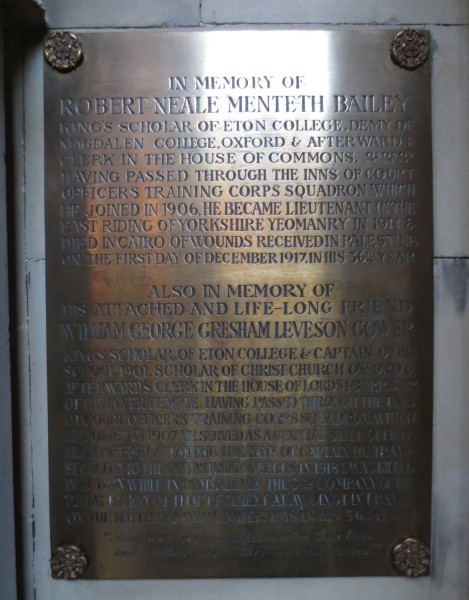